An open letter from UMTR2ME founder, Jimm Greer, in response to the loss of Linkin Park lead singer, Chester Bennington, by suicide:

Being a survivor of a suicide attempt myself, it’s so hard for me each time I hear the heartbreaking news that another person has taken their life by suicide.  It seems to me the reality that people who struggle with mental health challenges, aren’t the only ones who give into suicide, is more evident now than ever.  Suicide affects anyone who has any kind of struggle in their life.

Blink-182 and Linkin Park have been two of my favorite bands and recently they teamed up for a concert series called, Blinkin Park.  How cool is that, right?  Unfortunately, today I learned the sad news that Linkin Park lead singer, Chester Bennington, has taken his own life.  Not only was Bennington a husband and father of six children, he was also a good friend of Chris Cornell, whose 53rd birthday would have been today, had he also not taken his life by suicide.  I know some of the struggles that Bennington battled with, were related to addiction.  But those struggles didn’t define who Bennginton was as a husband, as a father, or as a person.

My reaction today is, “Why would anyone take their own life when there is so much to live for?  We all have good days and we all have bad days.  But no bad day is worth taking your own life.”  I say that would be my reaction today, because when I was 18 and a senior in high school, I also thought my life was so bad that I felt suicide was my only option and found myself hanging from the closet of my locked bedroom.  So, yes, I know how it feels to think there is no hope, that life is just too damn hard to fight through.

But here is something I never knew.  In the midst of all my internal pain and while I was going through one of the darkest and most difficult times in my life, at the exact same time, the pieces of a happy and purposeful life were falling into place.  I just didn’t know it because it wasn’t time for me to know it.

I had no idea at the age of 18, as I hung helplessly gasping for the slightest bit of air, that in just two years I would become a father, and in five, a husband.  Together, Sean, who is 26, and Yvonne, who I’ve been married with for 21 years, have helped me find purpose in my sometimes-difficult life.  They both love me because admittedly, I’m perfectly imperfect.

I also had no idea that I would have a successful life 24 years after my unsuccessful attempt at suicide, and become the founder of UMTR2ME-You Matter To Me, a nonprofit organization that offers hope, support and encouragement to those who struggle with thoughts of suicide.

So, it breaks my heart every time I hear that another life has been taken by suicide because for me, it means another person has given up on the promise of hope that every human being deserves.

It’s an absolute guarantee that life will be difficult.  And at times it may feel that life simply isn’t worth fighting for or living.  I get that some of us feel and believe our lives are truly hopeless.  I was at that exact same place 30 years ago.  But trust me when I tell you, as someone who has literally been at the end of my own rope, there is always HOPE to be found in HOPElessness.

I am writing this letter specifically to anyone who has ever attempted suicide or even thought about taking their own life by suicide.  No matter who you are, please reach out to me before you ever give into the disillusioned idea, that suicide is your only option.  I’d like the opportunity to help you anyway that I can.  Your life is just as important as mine, or anyone else’s, and I’d like to have the chance to personally let you know that, “You Matter To Me!” 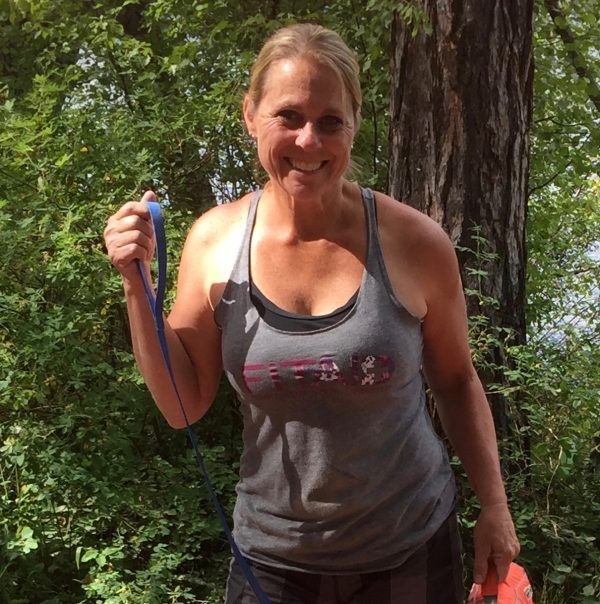 My favorite place to wake up and fall asleep is:  In God’s country, aka Montana!

My words of wisdom:  “Stay Safe”

My favorite word or phrase and why: “It is what it is.”  You can’t change facts, only your response.

My top three most important possessions are: My faith, family and friends!

What inspires me the most is: People who rise above their circumstance.